Rod Carley’s second novel, KINMOUNT, won the Silver Medal for Best Regional Fiction from the 2021 Independent Publishers Book Awards and was one of ten books longlisted for the 2021 Leacock Medal for Humour. His first novel, A Matter of Will, was a finalist for the Northern Lit Award for Fiction. His short stories and creative non-fiction have appeared in Cloud Lake Literary, Blank Spaces Magazine, Broadview Magazine, the anthology 150 Years Up North and More, the Carter V. Cooper 2022 Short Fiction Anthology, and HighGrader Magazine. Rod was short-listed for 2021 Exile Quarterly’s Carter V. Cooper Short Fiction Prize. He is an alumnus of the Humber School for Writers and resides in North Bay, ON. www.rodcarley.ca.

Rod Carley’s first novel, A Matter of Will, was a finalist for the 2018 Northern Lit Award for Fiction. His short story, A Farewell to Steam, was featured in the non-fiction anthology, 150 Years Up North and More. Rod is also an award-winning director, playwright and actor, having directed and produced over 100 theatrical productions to date including fifteen adaptations of Shakespeare. He was the 2009 winner of TVO’s Big Ideas/Best Lecturer competition. He is the Artistic Director of the Canadore College Acting for Stage and Screen Program and a part-time English professor at Nipissing University in North Bay, ON. KINMOUNT is his second novel.

In the autumn of 2018 he directed a sell-out production of Arsenic and Old Lace (GTG), Hurray for Johnny Canuck (Rep 21) and Coriolanus (Canadore College Acting for Stage and Screen Program). Recent directing credits include The Lark (Rep 21), the re-mount of Maureen Cassidy’s Eighteen Degrees at the Stratford Springworks Festival, North Bay and St. Catharines in addition to 1837: The Farmers’ Revolt in November 2017 to commemorate Canada 150 (GTG). He was as an Associate Producer on the independent film The Drawer Boy, making the rounds on the festival circuit.

Rod is Artistic Director of Canadore College’s Acting for Stage and Screen Program and a part-time English Professor at Nipissing University in North Bay, ON. He has directed over 125 productions to date, both nationally and internationally, ranging from the classics to the development of new Canadian work (Joshua Bainbridge, Jason Sherman, David Widdicombe – to name a few. Directing highlights include Eighteen Degrees, King Lear starring David Fox (Watershed Shakespeare Festival/Theatre Passe Muraille/North Bay), the Ontario premiere of Martin McDonagh’s The Lieutenant of Inishmore at the Berkeley St. Theatre in Toronto and the Canadian premiere of Talking to Terrorists.

Rod has adapted and directed 18 of Shakespeare’s works. He was nominated for a DORA Award for his direction of The Othello Project as well as a Carbonnell Award for Outstanding Direction (Florida Shakespeare Festival, Miami). He was the founding Artistic Director of the Nipissing Stage Company in North Bay from 1999 to 2005. Highlights include the Northern Ontario premiere of Stones in his Pockets, Picasso at the Lapin Agile, Angels in America, Our Country’s Good and High Life.

Rod served as an Assistant Director at the Stratford Festival in 1990 and 1991 (Young Company) and was the first recipient of the Festival’s Jean Gascon Director’s Award and 3 Tyrone Guthrie Awards. He was inducted into the Brockville Performing Arts Wall of Fame (2018) and North Bay Entertainers Hall of Recognition in 2015 and was nominated for the K.M. Hunter Artist Award for Theatre in 2011, the inaugural John Hirsch Director’s Award and was short-listed for the Pauline McGibbon Award. 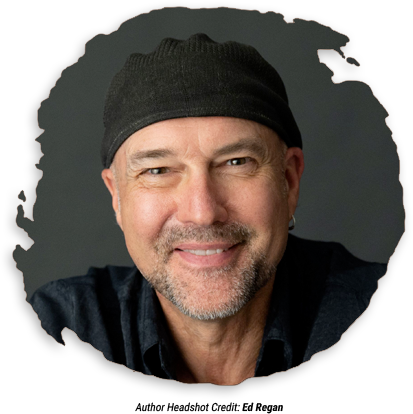