Rod Carley has concocted another hilarious romp behind the theatre curtain – a showdown between artistic freedom and censorship in rural Ontario. Kinmount is the last place down-and-out director Dave Middleton wants to revisit yet there he is directing an amateur production of Romeo and Juliet for an eccentric producer in farm country. And there his quixotic troubles begin. From cults to karaoke, anything that can go wrong does. In one hilarious chapter after another, Dave becomes the reluctant emissary of truth in a comic battle between artistic integrity and censorship. Add in a pesky ghost and a precocious parrot and the stage is set for a summer Kinmount won’t soon forget. 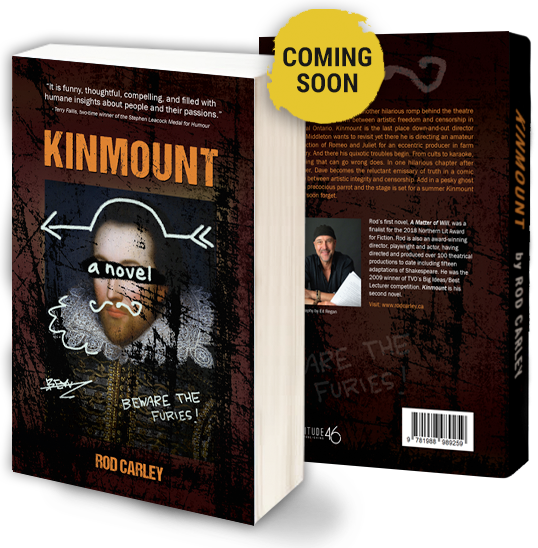