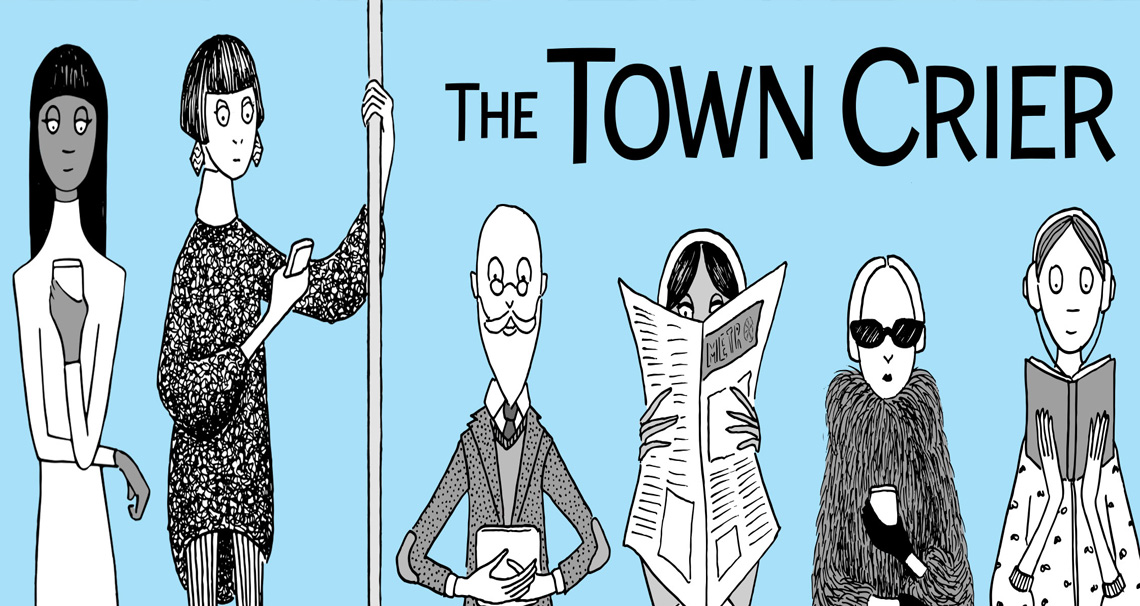 This is an excerpt of Kinmount by Rod Carley (Latitude 46 Publishing), presented in partnership with moorehype.

They pulled into Lola’s driveway at three p.m.

She greeted them in a floral one-piece jumpsuit that would’ve given Eartha Kitt pause.

“Hey kids!” she gushed, wobbling down her cobblestones. “Come on in. Cocktails are on.”

“Nonsense,” she insisted, ushering the pair up her front steps.

He pulled B.J.’s bike out of the hatch and left it on the lawn to be assembled. He then wheeled Miranda’s bike around back, prudishly leaning it against the fountain (Professor Murray wouldn’t be thrilled knowing that his daughter’s bike was chained to a cement penis.) Lola’s garden was a neo-classical nightmare, featuring a disturbing cluster of homemade phallic sculptures. Disturbing enough to cause Socrates to swallow hemlock prematurely.

He lugged her suitcases to the front foyer and heard laughter emanating from the dining room.

“Fifty drunken goat-clad priests dancing around a giant phallus, can you imagine it?” Lola was saying.

“You telling your choric dithyramb stories again,” Dave said, entering the candlelit room. More wax dripping than usual. Lola had regaled him with her colourful account of Greek mythology during his last stay. The choric dithyramb was the orgiastic ascendant of car key swapping sugar bowl parties in the 1970s. In ancient Greece, fifty drunken goat-skin priests danced around a giant phallus chanting odes to Dionysus, the God of Swingers.

“I’m enlightening our young thespians on the backyard.”

“I think you’ve enlightened this room enough. Can we not blow out a few candles? It’s stifling in here.”

“Do you two mind them?” she asked, refilling her drink and pouring him a martini.

“House rules,” B.J. said diplomatically, wiping a bead of sweat off his brow.

“B.J., can you do something with your turnips, please? Bury them in the backyard or something,” Dave said while exiting to the kitchen to pour his drink down the sink.

“You can put them in the fridge in the basement, B.J.,” Lola offered.

“Through that door,” she gestured. “Switch is at the top of the stairs.”

B.J. and Chickpea grabbed his turnip bundle and disappeared. Dave was unsure of what to make of B.J.’s purple parrot hand puppet. He’d developed an uneasiness around puppets after surviving the ill-fated Green Eggs and Hamlet children’s tour.

“So, my sweet little thing, tell me about your father,” Lola grinned, refilling Miranda’s glass.

“Lola, she just got here. Easy on the third degree,” Dave jumped in, returning from the kitchen.

“Nonsense. Is he handsome? A Byron I bet.” Lola’s eyes lit up.

“He’s more of a Somerset Maugham. It’s his favourite author. His specialty at U of T. He’s obsessed with our inability to control our emotions. He says it constitutes bondage.” Miranda answered with a detectable strain in her voice that Dave picked up on.

“Ah, I see. ‘It is an illusion that youth is happy,’” said Lola, quoting Of Human Bondage. “You concur?”

“I’m happy most of the time,” Miranda replied, twiddling the pepper in her glass.

“Of course you are and so you should be—such a pretty little thing. I could eat you with jam.”

“What? We’re just getting acquainted aren’t we, dear?”

“Yes. Is there a washroom I can use?” asked Miranda.

“Up the stairs, my dear. The lavender door. Cranberry towel set is for you.”

“Lola, please go a little easy until they get to know you. Miranda is not one of your student boarders.” God knows what went on there, he thought. “I don’t want her calling her father and telling him she danced naked around a hedge cock on her first night.”

“Your first reading isn’t until three tomorrow. Let them have some fun tonight.” She picked out a bottle of scotch from behind the bar.

“Your idea of fun and the rest of humanity’s are very different,” he replied matter-of-factly.

“If you’re going to be like that, why don’t you just go to your room and mope.”

“I want them working on their scripts tonight and rested for tomorrow. Please, set an example,” he said, taking the bottle from her.

“Fine,” she snorted and stormed out of the room. He heard her clumping up the stairs, slamming her bedroom door.

“Shit,” he muttered to himself.

“Have you been down there?” B.J. asked, dusting himself off as he emerged from the cellar.

“No. I have a thing about basements.”

“Fifty heads hanging on the wall. A wild boar, a black bear, a huge moose.”

“She used to hunt. With a crossbow.”

“Even a cougar with a pair of boxers in its mouth!” exclaimed Chickpea, back in action.

“Fitting.” Dave thought of the Nurse on the prowl on a Saturday night. “The Hemingway suite she calls it. Lola’s a little on the eccentric side. In case you hadn’t noticed.”

B.J. sat down and rolled a joint with Chickpea.

“Right,” said B.J. and Chickpea together. Dave wondered how that was even possible.

The trio retired to the backyard.

“Good. I didn’t want to have to ask,” Dave said. He quickly changed the subject. “Not exactly a garden that fosters tea and scones.”

“Only if Oscar Wilde were a guest,” Chickpea joked while B.J. inspected his herbs.

“Yeah, don’t bring that up. Lola will want to have a séance.”

They shared a laugh.

Miranda joined them, pulling her hair away from her mouth.

“This place is so cool. Do you know there’s a mobile with cherubs copulating hanging in the bathroom?”

“At least there isn’t lipstick scrawled on the mirror,” Dave said.

“A greeting. ‘Welcome thespians. May love blossom in these rooms.’”

“She’s just eccentric,” Chickpea offered up, flapping his wings. He passed the joint to Miranda who didn’t decline.

The sound of a bell ringing and getting closer pierced the evening quiet.

A gunshot rang out from the front yard, followed by a boy’s scream.

The trio raced to the driveway only to see Lola brandishing a pellet gun and screaming at a terrified Dickie Dee ice cream boy cringing on the sidewalk. His front tire was shot out. Other neighbours were opening their front doors.